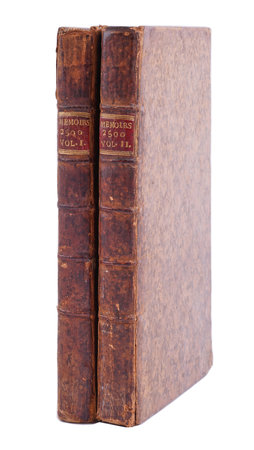 A handsome copy of the scarce first Irish edition of one of the most important utopian novels of the French eighteenth century. Set in Paris in the twenty-fifth century (in the French original the year is 2440), the novel is a direct critique of the establishment through the familiar device of an imaginary society. First published in 1770, it ran to enormous numbers of editions in France and was amongst the best-sellers of underground literature. Trusson called Mercier 'the father of the modern utopia', because his was the first utopia set in future time.
‘Mercier calls for “that blissful period, when man shall have regained his courage, his liberty, his independence, and his virtue!” He adopts the now-familiar technique of having his hero fall asleep and awaken many years in a different society. The twenty-fifth century is very different from the tyrannical, class-ridden eighteenth: revolution has occurred - in this case through the efforts of a benevolent prince; a new, rational civilisation has been developed. Although society is basically agricultural, great stress is placed upon scientific knowledge and teh development of more advanced technology. Scientific invention and discovery are regarded as taking advantage of the supreme power’s gift to mankind. Two aspects of this otherwise enlightened society have long troubled liberal thinkers: the first of these is that all knowledge has been condensed into a very small number of books and all books not on the approved list have been consigned to the flames; the second is that little imagination is required to see the censorship that removes from history ‘those reigns where there was nothing to be seen but wars and cruelties’ becoming the kind of alteration of history one finds in such dystopian works as Nineteen Eighy-Four. Nonetheless, one can see the ideas of Montesquieu, Rousseau, Locke, and Voltaire in this happy society of the future, and the limitations placed on human activity are not greater than those in many utopias, both earlier and later’ (Lewis pp. 121-122).
The English translation, first published by Robinson in 1772, is by William Hooper, a minor literary figure who translated several works into English and was the author of Rational Recreations, 1774. Despite having altered the title, his translation of L'An 2440 is a fairly faithful one. He states that, as there was no particular reason that any given year should be chosen, it seemed better to him that a round number should be used, adding, 'that this is the only alteration made by the translator' (I, iii). He adds that his own notes are printed in italics to distinguish them from Mercier's original footnotes. In these notes, he clarifies some of the French terms, gives some historical background for the allusions, and adds his own opinions on Mercier's utopian ideals. ‘His honesty as a translator’, says Willkie, ‘is admirable' (Wilkie, p. 358).
'The earliest of Mercier's works which is still read for enjoyment and stimulation is L'An 2440 (1770), a work of political radicalism which - springing from a novel conjunction of past experience, present observation, and prophetic extrapolation - is the only genuinely creative contribution to Utopian literature in the eighteenth century' (John Renwick in The New Oxford Companion to French Literature, 1995).