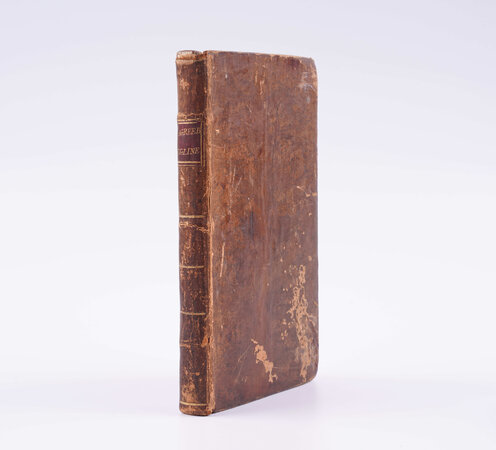 Agreeable Ugliness; or The Triumph of the Graces. Exemplified In the Real Life and Fortunes of a Young Lady of Distinction. Dublin: Printed by Dillon Chamberlaine, c.1769?

A scarce Dublin reprint of this English translation by Sarah Scott of La Place’s novel, La Laideur Aimable, et les Dangers de la Beauté, first published under a false ‘Londres’ imprint in 1752. There were two distinct issues of the original French novel, the first published with the subtitle ‘Histoire Véritable’ (ESTC t130379, at BL, Taylorian, Clark and Gdansk) and the second bearing the slightly altered title with the clause ‘Piéce trouvée dans les Papiers de Mlle *** Auteur de la Cécile’. Presumably this latter clause was deemed to help sales on the back of his other novel, Mémoires de Cécile (Cioranescu 36937), also published in 1752, perhaps after the first appearance of this less successful work. Sarah Scott’s reworking of the title is particularly interesting as she turns the negative into a positive and leaves out altogether the phrase ‘the dangers of beauty’, but that she leaves in the - presumably fictitious - claim to verisimilitude as being the ‘real life and fortunes of a young lady of distinction’, not quite the same as finding the story in the papers of Mademoiselle ***, but tending to the same illusion.
It would be interesting to compare nuances of translation as the female translator handles the tricky subject of female ugliness in the eighteenth century as described by a male writer: very much an unfashionable idea and perhaps one reason the novel itself does not seem to have been very popular in either language. This English translation - with the ‘Dedication to those Ladies who are ignominiously distinguished under the Denomination of Ugly’ - was first published in 1754 and was for some time was taken for an original work by Sarah Scott.