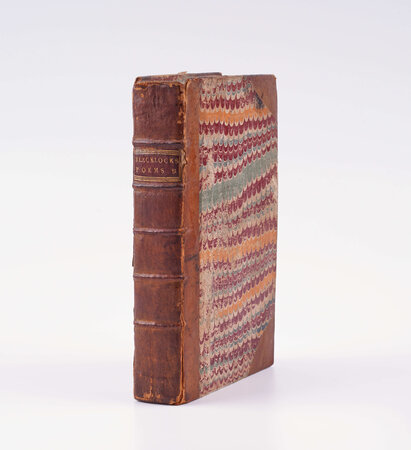 The Castle of Otranto, A Story; Translated by William Marshall, Gent. From the Original Italian of Onuphrio Muralto, Canon of the Church of St. Nicholas at Otranto. Dublin, J. Hoey &c., 1765.

Walpole’s masterpiece, said to be the first Gothic novel, was first published by Thomas Lownds under a 1765 London imprint although it first appeared on Christmas Eve in 1764. The preface to the first edition, in which the author claims that the work is a translation by William Marshall of a sixteenth century Italian manuscript, is included in the present first Dublin edition. In April 1765 a second London edition appeared with an important new preface in which Walpole revealed his authorship and discussed the new 'gothic' genre he had invented. This Dublin edition was probably printed before April 11th, as it does not include the second preface. It is very rare and is not listed by Summers, who lists some fifty editions of the text, both in English and in translation.
‘The assertion on the title-page that the story was written by Onuphrio Muralto is properly recorded as a literary hoax, not a forgery since Horace Walpole admitted his authorship as soon as the book succeeded. His disingenuous preface to the first edition, in which he asserted that he, William Marshal, was translating from a rare Italian volume printed in 1529, was perhaps planned as a shield against the scoffing and scornful, and has done the world little harm’ (Hazen p. 52).