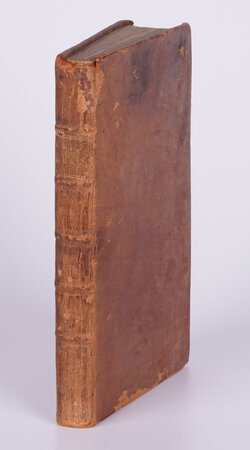 Chit-Chat: Or Natural Characters; And the Manners of Real Life, represented in a Series of interesting Adventures. Dublin, Henry Saunders, 1755.

Charlotte Byersley is nineteen when the novel opens and has just lost her mother. She has been brought up quietly by her parents and although she has had a reasonable education, she knows little of the ways of hte world. Her father, anxious to supply her with a woman’s care, naturally chooses very badly and finds her a companion in the giddy and superficial Miss Arabella Seward, whose ‘outward behaviour was polish’d, specious and insincere’ and who had ‘no other aim but to secure a rich husband’. Shortly after Arabella’s arrival, Charlotte meets the son of her father’s friend, young Welford, recently down from Cambridge but the course of true love does not, of course, run smoothly. All is resolved in time, however, after a series of adventures involving them and many other characters. One unusual incident is that the heroine develops smallpox, is extremely ill with the disease but recovers fully except for the loss of her complexion. This she mourns greatly on her recovery as she assumes that with her lost looks, she has also lost all hopes of being loved by Welford. Abandoned in her illness by the worldly Arabella, Charlotte finds a new confidante and nurse in Mrs Bootle, who persuades her to believe that Welford ‘had too much good sense to place his affection meerly on a set of features, or fine complexion’ (p. 111).
‘To say the best of this performance, it contains nothing indecent or offensive to the chaste and modest ear; but, at the same time, it must be confessed, the reader of taste will here find nothing to excite and keep up his curiosity, engage his attention, or interest his heart. The author has involved about half a dozen couple of insipids, in certain uninteresting adventures and difficulities, out of which they are extricated at last; -- and all is conducted in the modern way, without energy, humour, or spirit’ (The Monthly Review, XII, April 1755, p. 388).
Despite this review, this is an interesting novel which addresses issues of female education, parenting and the importance of female appearance. This is a scarce Dublin reprint which is designated as, and printed in, two ‘volumes’ and four parts, but with continuous pagination and register and bound in one volume. The first volume concludes on p. 107, ‘The End of the Second Book’, there is a separate title-page to ‘Vol. II’ and then the story continues with ‘Book the Third’ on p. 111. The novel concludes on p. 221 with ‘The End of the Fourth and Last Book’ and there is a final page of bookseller’s advertisements on p. 222. First published by Dodsley earlier in the same year (ESTC t70728, at BL, CUL, Bodleian, Duke, Huntington, Indiana, Chicago, Penn and Yale), this is often listed as anonymous but has been attributed to John Collet, an attribution followed by James Raven and based on that of the British Library copy.