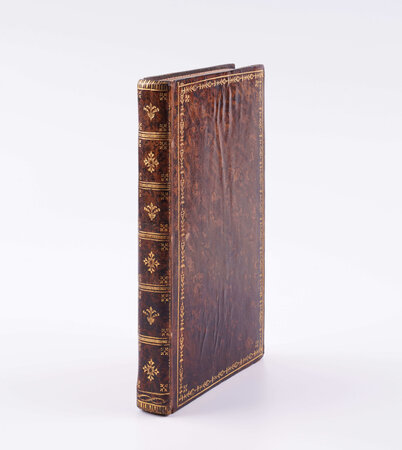 A successful German work of Catechism and moral edification, in an exquisite early nineteenth-century Czech binding. First published in 1800, it was written by the Prague-born theologian Johann Joseph Natter, a talented author of devotional handbooks which were less heavily concentrated on the Scriptures, instead focussed on encouraging charity and a peaceful state of mind. The present work features prayers and meditations for each day of the week as well as for specific religious occasions, such as Communion. As a contemporary German periodical wrote of a later edition, ‘the form and the content justify the favourable reception it has obtained everywhere’ (Allgemeine Zeitung Munchen, 1830, 19)

OCLC lists this edition at Freiburg, Cologne and the National Libraries of Poland and the Czech Republic.