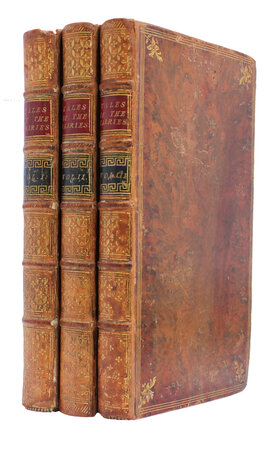 A Collection of Novels and Tales of the Fairies. Written by that Celebrated Wit of France, the Countess d’Anois. In three volumes. Vol. I [-III]. The Fifth Edition. Translated from the best Edition of the Original French, by several Hands. London, J. Brotherton [&c.], 1766.