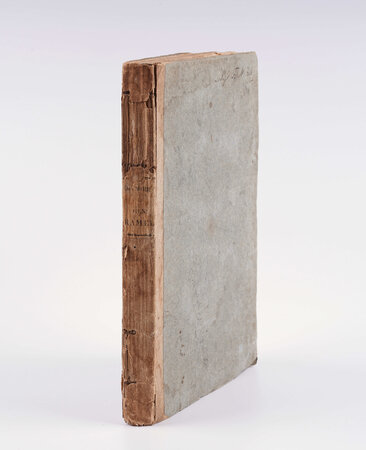 Memoirs of Adj. Gen. Ramel: containing certain facts relative to the Eighteenth Fructidor, his Exile to Cayenne, and Escape from Thence with Pichegru, Barthelemy, Willot, Aubry, Dossonville, Larue, and Le Tellier. Translated from the French Edition, published at Hamburg, 1799. By C.L. Pelichet, late of the Prince of Wales’s Fencible Infantry. Norwich, Kitton, 1805.

A scarce provincially printed English translation of this first hand account of the aftermath of the 18th Fructidor, originally published as Journal de l’adjutant-général Ramel, Londres 1799. After successfully defending Kehl from the attack of the Archduke Charles, Ramel had been promoted to Commander of the Guard of the Legislature, in which role he denounced the royalist conspiracy of Brottier in early 1797. Despite this, being suspected of royalist sympathies himself, he was denounced in the uprising of 18th Fructidor and was arrested and imprisoned in the Temple. Along with his friends Pichegru, Barthélémy, Laffon de Ladebat and Barbé-Marbois and some six hundred other royalists, Ramel was condemned and deported to the penal colonies in Guiana. In June 1798, Ramel escaped from the penal colony to Paramaribo and thence to London, where this vivid account of the miserable conditions of the camp at Sinnamary and of Ramel’s dering-do escape to England, via Surinam, Berbice and Demerary, was published to wide acclaim.
At least three editions of the French text appeared under ‘Londres’ imprints in 1799; this translation was made from an edition printed in Hamburg in the same year. It was published by subscription and has an impressive list - some fifteen pages - of subscribers, including Georgiana Duchess of Devonshire and Lady Caroline Lamb.