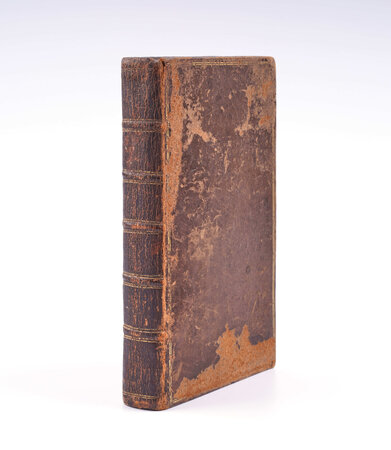 The Lady's Drawing Room Being a Faithful Picture of the Great World. In which the various Humours of both Sexes are display'd. Drawn from the Life: and Interspers'd with entertaining and affecting Novels. The Second Edition. Revised and Corrected by the Author. London, Millar, 1748.

'There is no Place whatever, in which the Ladies have so much the Opportunity of shewing themselves to Advantage, as in their own Drawing Rooms'. So begins this beguiling work which boasts the inclusion of love stories, adventure stories, imaginary voyages and eastern mystique, all narrated from the excellent Ethelinda's drawing room. 'An 'assembly' collection of brief amorous novels, imaginary voyages, and moral histories, told to each other by the daily visitors to the drawing room of the beautiful Ethelinda, who has banished cards and gossip in favour of the edifying art of storytelling' (Beasley). The work is divided into six 'days', each with an introduction, describing those present and setting the drawing room in the wider context of society (guests coming on from dinner; balls thrown for all the assembled company), the narration of a short story by one of the guests and a final open discussion of the issues raised in the story.
The six novellas included are 'The History of Rodomond, and the Beautiful Indian' (pp. 13-42); 'The Fair Unfortunate, a true Secret History' (pp. 50-77); 'The True History of Henrietta de Bellgrave. A Woman born only for Calamities: a distres'd Virgin, unhappy Wife, and most afflicted Mother', Wrote by herself for the Use of her Daughter' (pp. 101-174); 'The Adventures of Marilla' (pp. 212-232); 'The Story of Berinthia' (pp. 238-254) & 'The History of Adrastus, Semanthe, and Apamia' (pp. 257-268); 'The History of Clyamon and Constantia, or the Force of Love and Jealousy' (pp. 289-328). In addition to the main short stories in each part there are numerous anecdotes, amusing incidents such as amorous verses accidentally falling out of pockets, a mock proposal to parliament for reforming taxes and many other such whimsical conversation pieces, making the cement with which these stories are held together every bit as interesting as the texts themselves. The third novella, 'The True History of Henrietta of Bellgrave', is an imaginary voyage to the East Indies; it was frequently reprinted as a chapbook in the eighteenth and nineteenth centuries.
The first edition was published in 1744 (ESTC t80582 Feb '03 lists BL, Cambridge, NLS, Glasgow, McMaster, Yale, Clark, Folger, Newberry, Minnesota & Harvard) and a Dublin edition appeared in 1746. It was reprinted under the title The Memoirs of Lydia Tongue-Pad in 1768 and later selections were published, particularly of 'The True History of Henrietta of Bellgrave' (see above) and continuations. A Russian translation, by Daniil Petrov, was published under the title Zhenskaia ubornaia komnata, Moskva 1781. More recently, it was published by Garland as part of the The Flowering of the Novel series, New York 1974. It has sometimes been attributed to Grace Percivall and E.W. Stackhouse but it is generally given as anonymous.